Jessica Chastain, Penelope Cruz, Diane Kruger, Lupita Nyong’o and Bingbing Fan save the world in ‘The 355’ 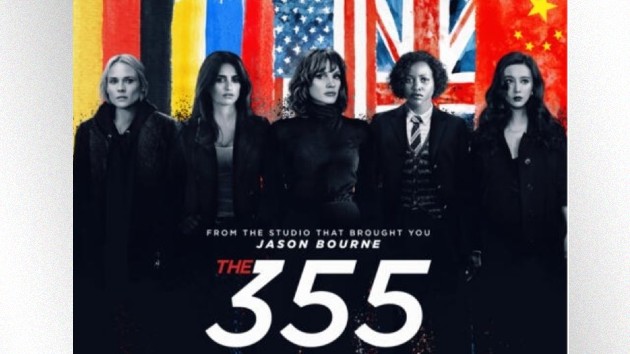 Five kick-butt actresses join Sebastian Stan in the action-packed new trailer for The 355.

The title refers to the code-name of George Washington‘s female spy in the Revolutionary War — and also the name of the movie’s multinational group of female spies.

The movie’s conceit is that each woman is their country’s top agent — Jessica Chastain is American with the CIA; Oscar-winner Lupita Nyong’o reps the U.K.; Diane Kruger is German; Penelope Cruz represents Spain; and Bingbing Fan is the top Chinese operative — who all unite to save the world.

“They can start World War III from their keyboard” Chastain’s character explains, in a trailer that’s both heavy on action and Mission: Impossible-esque spycraft.

For his part, Lupita’s Marvel movie co-star Stan is Chastain’s CIA counterpart but despite his onscreen action chops, the women clearly run the show in the coming attraction.