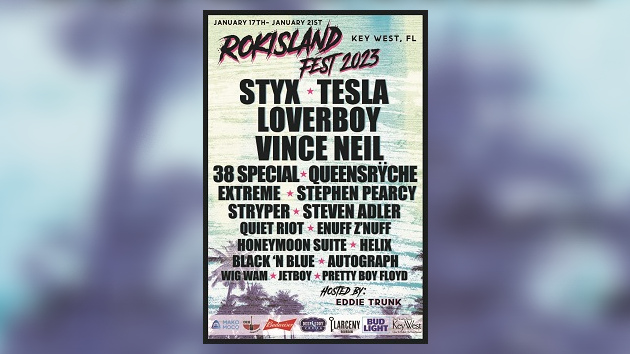 When the star-packed lineup of the RockIsland Fest 2023 event was unveiled last week, one headliner wasn’t announced but has since been revealed — Mötley Crüe frontman Vince Neil.

Tickets, passes and packages for the five-day rock extravaganza will go on sale to the general public Wednesday, July 6, at 10 a.m. ET. Presale passes are available now.

The main venue for the event is the 4,000-seat Truman Waterfront Park Amphitheater, located on the shore of the Gulf of Mexico.